Welcome to our international visitors!

About the band:
The Upper Rhine Youth Wind Band (Verbandsjugendorchester Hochrhein) was founded in 1986 and consists of 60-70 musicians aged 14-25 years (average 18 years). It draws it members from the 120 community bands of the Upper Rhine Wind Band Association which covers the Waldshut-Tiengen district in Southern Germany. The symphonic wind band offers young musicians of the region the opportunity to make music ata very high standard. The repertoire ranges from demanding symphonic literature to contemporary music, lighter music, and jazz arrangements. The symphonic wind band prepares its concerts and concert tours with full and sectional rehearsals once or twice a month and additionally meets for several weekend rehearsals. The annual concerts in autumn, as well as the numerous concert tours the band has gone on the past years clearly represent the highlights of our year.   The Upper Rhine Youth Wind Band has performed concerts in England (1997), Sweden (1999), Portugal (2001), Belarus (2003), Wales/England (2005), Canada/USA (2007), Norway (2009), Ireland/England (2012), Malta (2014), Iceland (2016) and Greece and Macedonia (2018).

Conductor:  The Band is conducted by Julian Gibbons who is a successful conductor and horn teacher. He founded the symphonic orchestra “TriRhenum” in Basel (CH) and initiated the “BISYOC Intercultural Youth Orchestral Exchange“ with more than 80 participants from ten nations. In 2017, BISYOC has taken place for the 16th time and has spread out all over Europe since its founding. Julian Gibbons studied conducting with Emilio Pomarico at the „Scuola Civica di Milano“ and attended the „Canford Conducting Course“ (GB) with George Hurst and Denise Ham several times.

About our last Tour to Greece and Macedonia:
From the 13th August until the27th August 2018, the Upper Rhine Youth Wind Band went on tour to Greece and Macedonia. The musicians got to know the Greek and Macedonian people, as well as they immersed into the country and its music. Several concerts took place in both countries to represent the German culture, its music, and our band on tour. The band also participated in the 21. International Youth Band Festival (I.Y.B.F.) in Greece.

Some Examples of our posters for our international concerts: 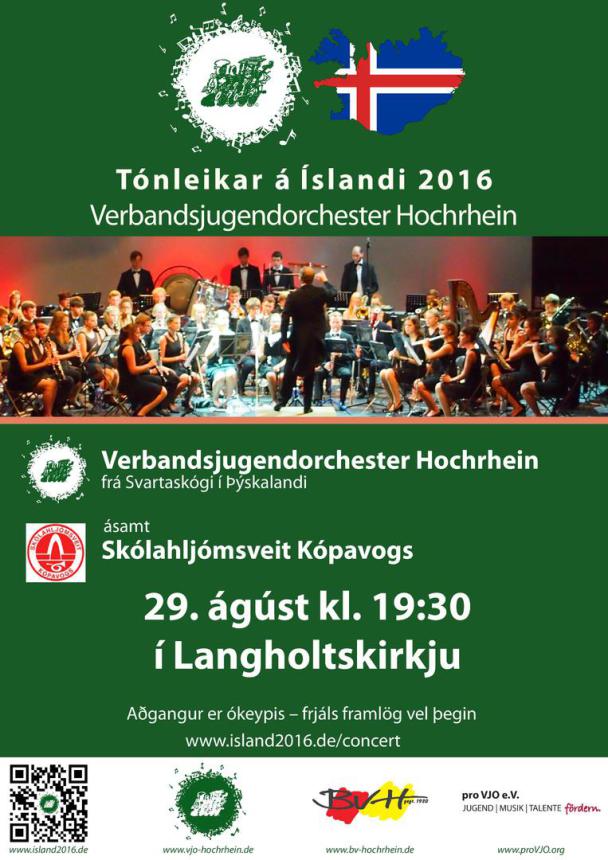 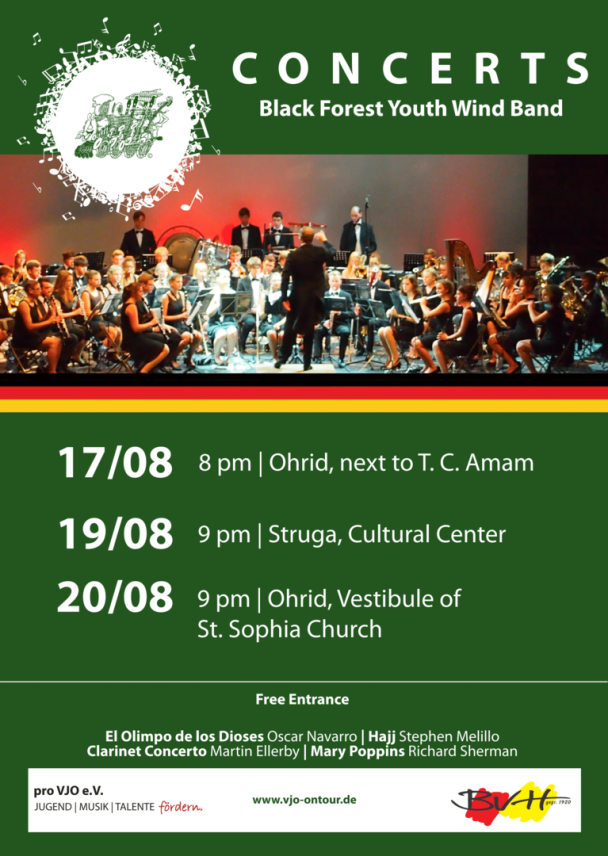